ITV Gold is the first-ever 24×7 cable TV channel in the US to deliver news about India, Indian-Americans and South Asians, since it was launched in 1985.

The ITV Gold portfolio includes the signature program ‘Vision of Asia’ that the community is familiar with since 1976, when it was launched by founder of ITV Gold, Dr. Banad N. Viswanath, an entrepreneur and philanthropist. He passed away in October, 2014.

With this acquisition, Parikh Worldwide Media is now the #1 media house in the United States, catering to the Indian and South Asian diaspora community.

Dr. Parikh is the recipient of India’s Padma Shri award (2010) as well as Knights of Malta (2012), the Pravasi Bharatiya Samman Award (2006), and the Ellis Island Medal of Honor (2005). He supports numerous charitable organizations both in the US and India. He has been closely involved with strengthening US-India relations for decades, including bringing the US-India civil nuclear cooperation deal to fruition.

In 2002, he received the National Excellence Award from former Prime Minister P.V. Narasimha Rao. Dr. Parikh was appointed member of the National Leadership Advisory Committee of the Congressional Caucus on India and Indian Americans in 1999 by the Chairman of the India Caucus, U.S Congressman Gary Ackerman (D) of New York. He was a Member of American Media Delegation that accompanied President Barack Obama and First Lady Michelle Obama on their visit to India in November 2010.

You can learn more about Dr Parikh here: sudhirmparikh.com 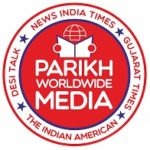